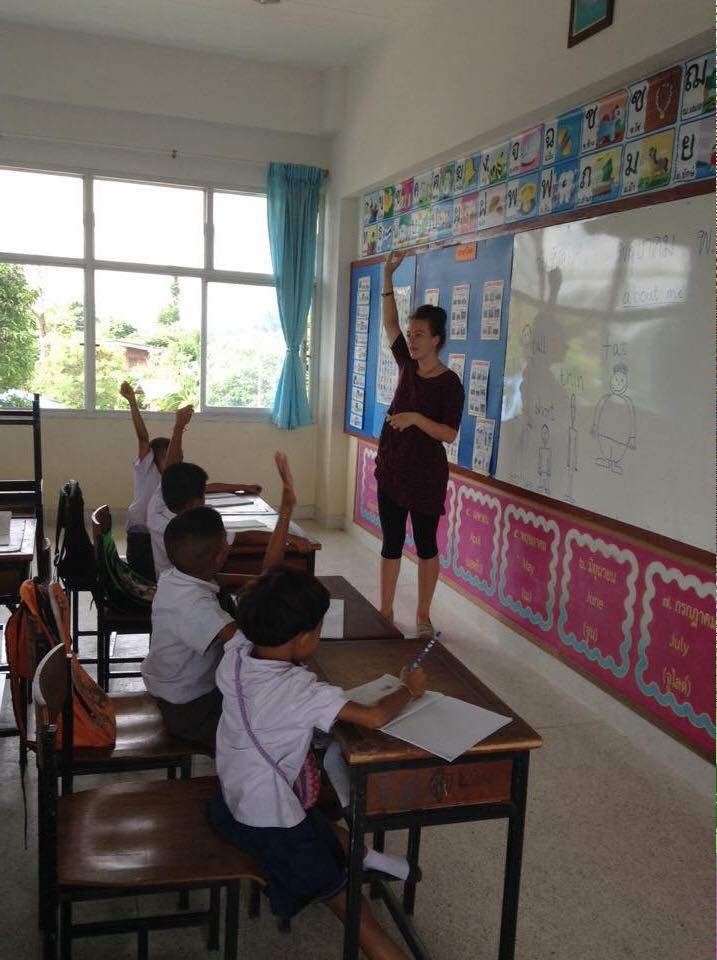 Phoebe Smith jetted off to Thailand last summer to volunteer with Project Trust. Leaving the shores of Coll behind her, Phoebe had a challenging but exciting year teaching English. 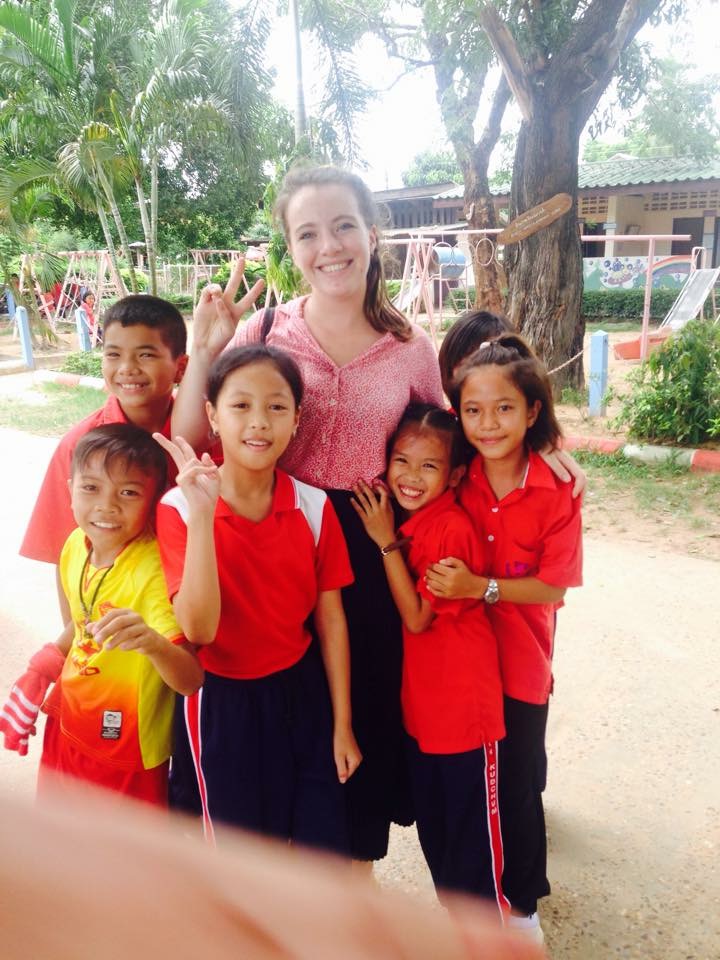 The Coll Association was pleased to make a donation to Phoebe’s fundraising and to help her on her way to Thailand. Here’s what she had to say about her year abroad:

‘Now that I think of it, I didn’t really have any idea what it would be like to live and work in rural Thailand before I actually did it. Although I read countless articles and followed plenty of blogs, I still found many things surprising, shocking and sometimes full on bizarre when I first arrived. I was employed by the local council and worked in three schools. The ages of my pupils ranged from 3 to 15, so the work was really varied. Some days I would be singing, playing games and giving careful instruction on the art of colouring in whereas on other days I’d be giving out homework and trying my very hardest to get students to understand why we have to have irregular verbs in English!

I lived in a small town called Kutchum in the Yasothon province in North East Thailand, very close to south Laos. Yasothon is ‘famous’ for its watermelons, rice, rocket festivals and cushions – and very little else. Almost everyone there is a farmer or at least comes from a farming family. I remember asking my older students what they wanted to be when they grew up and what their families did. The answer was invariably ‘My mother is a farmer. My father is a farmer. I want to be a doctor/lawyer/soldier’.

It’s quite hard to try and motivate kids who come from generations of farmers. Why on earth would they need to learn how to speak English? The vast majority of them will end up inheriting their father’s land and living in Yasothon for the rest of their lives, only encountering one or two foreigners every year. On the other hand, I think it is really important that they at least have the opportunity to learn English. So many of them were utterly fascinated by the photos I showed them of my home in Scotland and told me earnestly that they wanted to go and visit there. Although this is just a little child dreaming of going to a far off, unknown land, I know for sure that some of them will one day achieve their goals. And when they do, I’ll be so proud to say that it was maybe my photos of snow on mountains, big waves on a Coll beach and people with orange hair that motivated them to try a little harder in their English lessons and dream of places further than the rice fields of Yasothon.

I think that’s maybe one of the most valuable things that Project Trust volunteers can share with the community they are living in – a new and exciting culture. Of course, I was there to teach English and that was my main job. But I think that having foreign teachers in schools in Thailand is extra important because you can help give them an idea of just how much there is of the world to see. Speaking English becomes an essential skill for visiting the western world instead of a pointless, difficult and boring class in school.

More than anything else, I suppose my time in Thailand made me realise that I’m extremely lucky and I’m now a lot more grateful for everything that I’ve been provided with in my life. I would like to thank the Coll Association for their donation to my fundraising efforts as well as all of the people who donated and helped me run coffee mornings, ceilidhs, cake bakes and other fundraisers. I am so thankful to you all because you are the reason I was able to live and experience another part of the world in such depth and share my culture and language with the funny, crazy and wonderful people of Kutchum, Yasothon.’