In August 2014, local lad, Ewan Rutherford left the Isle of Coll to embark on a journey of a lifetime. He set off to Nepal where he was to volunteer for a year with Project Trust. 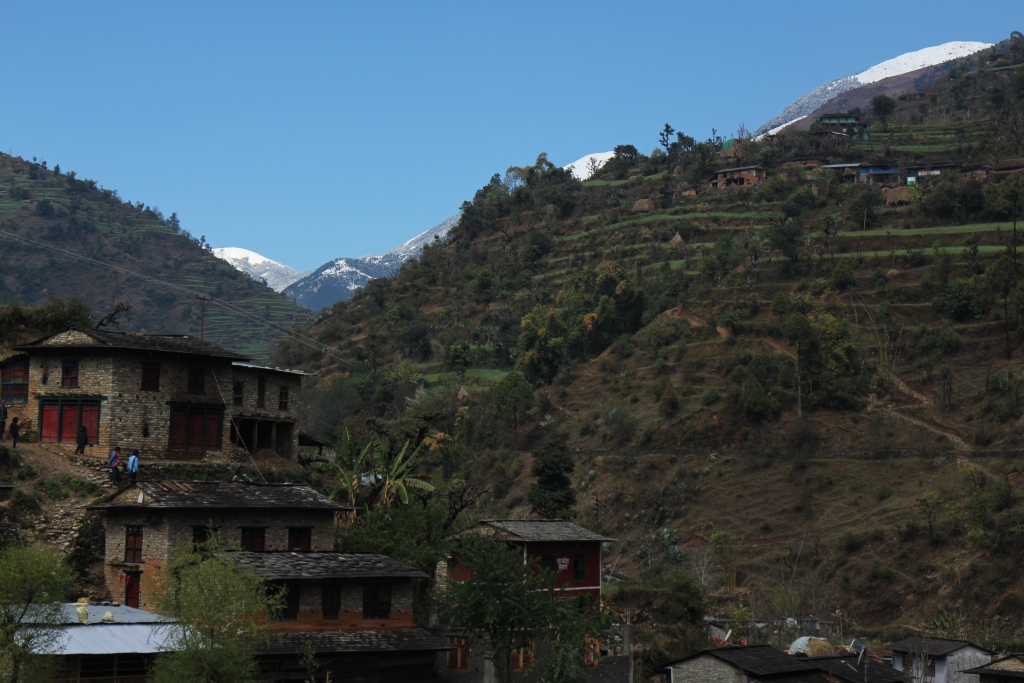 The Coll Association was happy to support Ewan’s fundraising efforts. Here’s what he had to say about his year away:

‘It was the August of 2014 when I headed off to the mountainous country of Nepal. It was monsoon at the time, with lots of cloud cover as we arrived in the busy, small crowded streets of Kathmandu. My volunteering actually started the year previous to this when I had a target of £5600 to fundraise in preparation. This is quite daunting when you are also in your final year of school and sitting exams. Coming from Coll, many people asked if it was more of a struggle raising this money, but you’d be surprised! Organisations like the Coll Association and the locals are so willing to help enable us to have an experience like I did. We are lucky to have such a supporting community!

It is very difficult for me to round up a whole year in writing but I’ll try and give a sense of my life in this beautiful country. Three days after leaving Kathmandu in August 2014, we arrived in Jhiwokhola: a small village by the river running down the centre of a huge valley. Situated west of Pokhara, it took on average about fourteen hours to get there by bus or jeep. This journey is the same distance as from Oban to Glasgow but thanks to Nepali roads the journey was never straight forward! I lived and taught with my friend Jonny in a this village sandwiched between mountains, rivers and paddy fields that were like giant steps terracing up into the mountains. We had to make many adjustments whilst living there as there was a very strong culture, basic way of life and language barrier. Very challenging at first but within a few months everything began to feel normal.

I taught English and I.C.T in a school with grades 1 to 12 which is both Primary and Secondary level. A few years ago, computers had been donated to the school but unfortunately no one knew how to use them. We saw a massive difference in the kids ability after during our 12 months of teaching. However, English was a bit harder to make interesting as it was a subject they hated! We noticed this when we first arrived so we had a different approach to making lessons more interactive and fun so they saw the subject in a new light. In that respect we were successful as the kids enjoyed having us. There was a lot of thinking on your feet and being creative due to the limited resources for teaching.

The winter was very cold, and like the Isle of Coll it seemed to last a very long time! Washing dishes, clothes and ourselves was a whole new ball game during the winter season! Quite the opposite when it was hot and humid… we would wish for the crisp Himalayan nights again.

We had heard when we first arrived that an Earthquake was overdue by 10 years. No one thought anything of it as it slipped to the back of our minds. During April they hit and the country seemed to go on hold as another came and the tremors along with it. It was a very strange and quite frightening time as people in the whole of Nepal were on edge. Due to the geographical form of the country, there were landslide risks and the infrastructure was unstable. Luckily our home valley was intact. Cracks around windows and in corners were visible but there were no collapsed buildings. Locals were taking precautions by sleeping outside or on the ground floors of their houses. All through this the Nepalis kept positive and did what they do best – lookout for one another and help everyone!’