In October 2015, local teenager Ella Smalley was one of eight Oban High School students to travel to India as part of a cultural exchange. The Coll Association was delighted to help Ella reach her fundraising target for this trip. 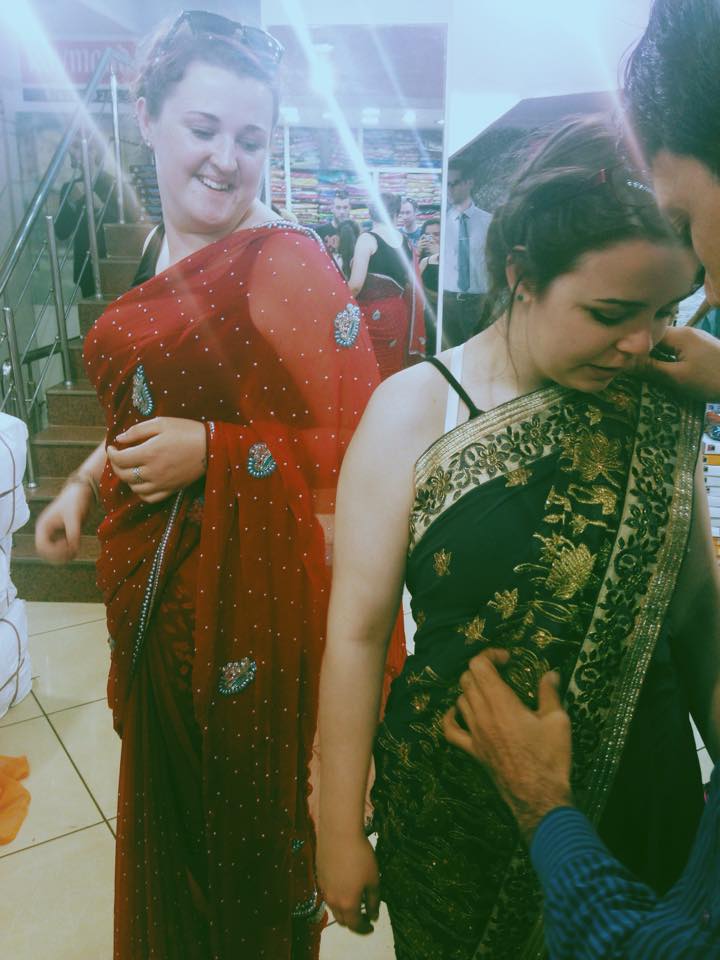 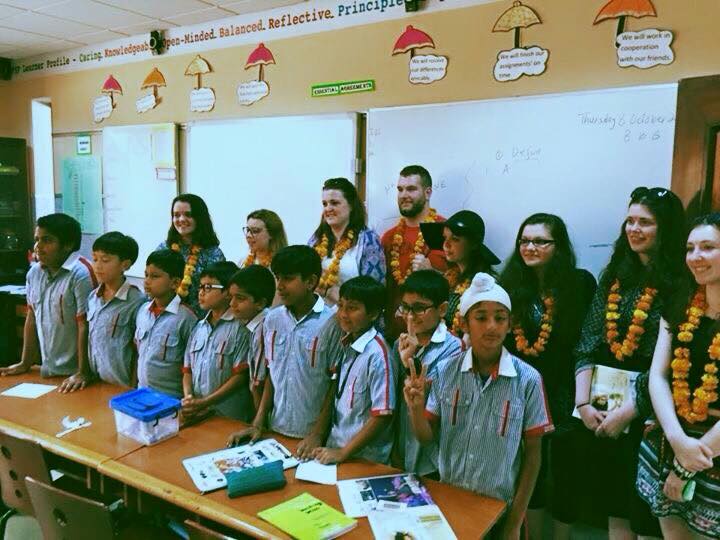 In October 2014 I was offered the amazing opportunity to visit India for 18 days and take part in a cultural exchange and document our time in India through Oban High Schools English Department. I was one of eight lucky students who where handpicked for this wonderful opportunity to expand our world knowledge and experience a new culture and country. To be able to participate in this life changing journey we each had to pay £1400 either by working for it, getting our parents to help or via donations and fundraising. I chose to use all three methods to achieve this amount of money. I sent a letter the Coll Association asking if they would be able to help me in anyway, and I very quickly received a cheque for £200 which was such a blessing. The generosity I was shown was very heart warming as it confirmed to me that I also had the support of the community behind me which ultimately made it easier to fundraise and promote this journey.

Whilst in India we stayed in the GD Goenka World School for six days where we witnessed the enormously rich side of India and caught glimpses of the more deprived side which well all wanted to understand more and witness first hand. Our small group of ten people were given four armed guards who accompanied us wherever we went. Whilst with GD Goenka World School we visited ancient and modern pieces of India’s History from the Qutab Minar to the Lotus Temple and the Gateway of India. The School also showed us a very sheltered side to India but did take us to a Street Child School which was an experience that was life changing. The teachers who work there do so without being paid because they wish to give the children a chance to broaden the horizons and open up prospects that were previously unknown to them. If there was a humbling moment throughout the entire trip it was the joy and happiness that the children had and their enthusiasm to learn.  GD Goenka is a privately funded School but just 30 minutes away there is a government funded school which is in a poorer condition than GD Goenka however the students there are just as academically gifted.

After the initial first six days in GD Goenka World School we left the safety of the high walls and armed guards for an eight day tour that visited the cities of Jaipur, Agra, Delhi and New Delhi. Despite all the reports and warnings we were given in our preparation for this journey about needing guards wherever we went we felt very safe without them. We also visited various smaller towns such as Bharatpur, Fatephur Sikhri and Abhaneri and this was all organised by G Tours who personalised a tour for our group. Whilst on the tour we visited the iconic Taj Mahal, the Baby Taj Mahal, Agra Fort, the Amber Fort, the Step Wells of Abhaneri and the Hawa Mahal. Although the list is not extensive we saw many other palaces and forts however the main spectacle that the group wanted to see was Indian Culture in its raw form and the Indian way of life. In amongst the beautiful pieces of architecture that we saw we spent of a large proportion of our time walking through the twisting and narrow streets of the major cities and talking to locals and young entrepreneurs who are trying to better their lives.

Whilst on this journey we were shown the rich, the poor and the deprived; we were all shocked by the scale of the poverty but something that shocked us even more is the generosity of those who have very little to nothing. India is an experience that I highly recommend since your whole entire outlook on the world is shifted, your respect for all your belongings and those around you sky rockets but also the people you meet change your life too. I met some of the most amazing people on this journey and made lifelong friends and I have the Coll Association to give thanks to for this.