The 30th annual golf match between the Coll and Tiree Associations took place at Lochmaben Golf Club on 6th September 2014. It should have been the 31st but last year’s event was unfortunately cancelled due to lack of support. 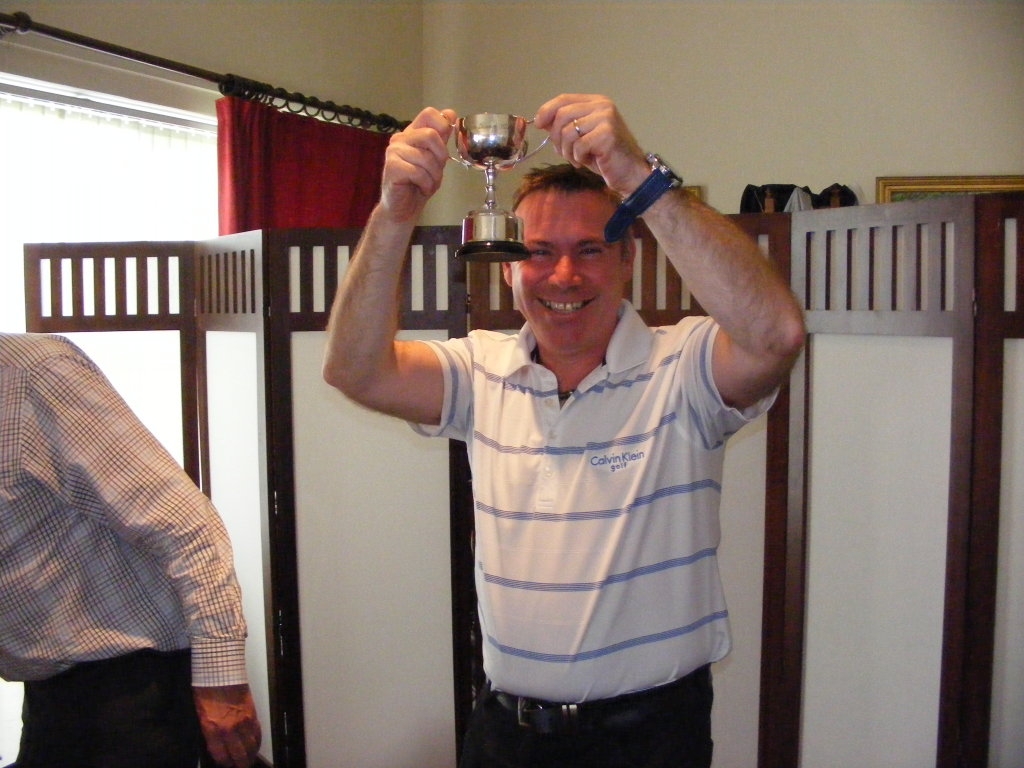 This year 16 players played in 4x four ball matches. For various compassionate reasons only five players were available from Tiree so three players from the Coll side volunteered to play on the Tiree team.

The Oban Times Cup was won by the Tiree Team who amassed 221 Stapleford Points compared to the Coll Team’s 207 points and the Individual Sadie and David Moore Quaich prize was won by Greig Miller from the Tiree team with a gross score of 74, playing off a handicap of three.

Special thanks are due to Mr Roy Thorburn for organising the event with the Golf Club and to Mrs Margaret Thorburn for volunteering to play at short notice on the Saturday Morning and for presenting the prizes.

The weather was perfect and everyone agreed the day was an outstanding success.The teams were: