In October 2015 Coll Sharks FC embarked on an epic trip down to Edinburgh to visit Tynecastle Park, the home of Heart of Midlothian FC. Organising the trip was no mean feat in itself and, of course, all the usual things like ferries, transport, accommodation had to be taken into account as well as the small matter of keeping 20 little Collachs entertained! 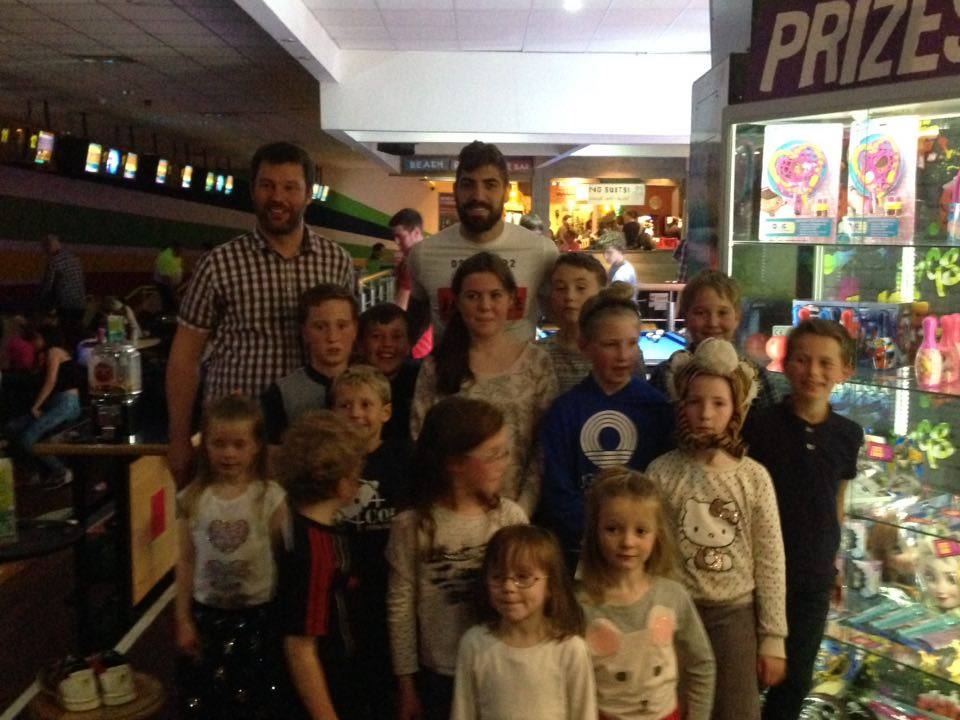 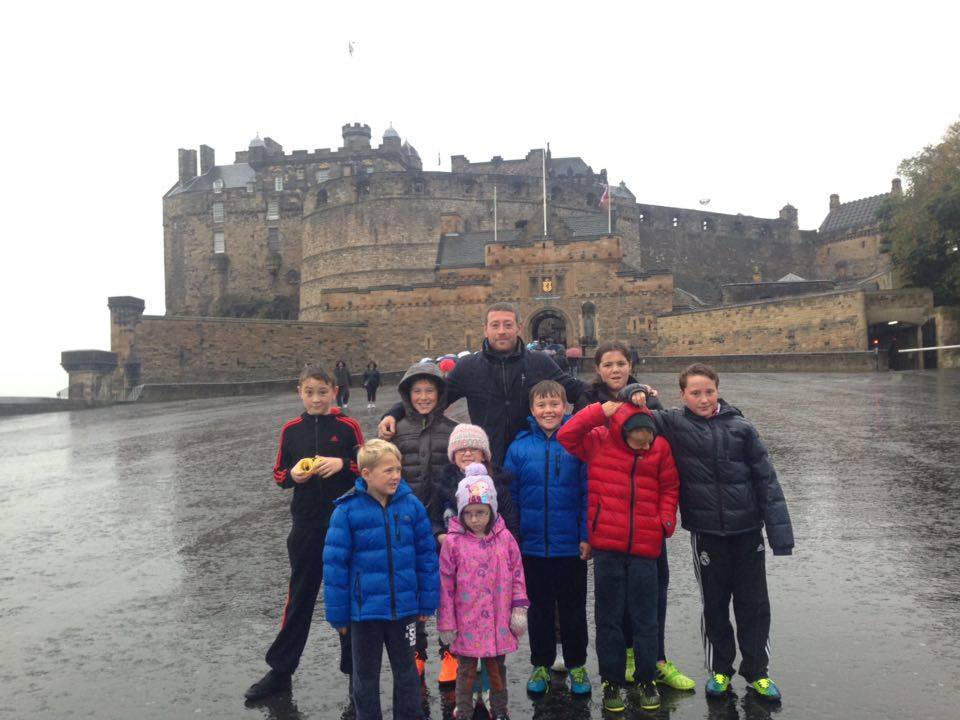 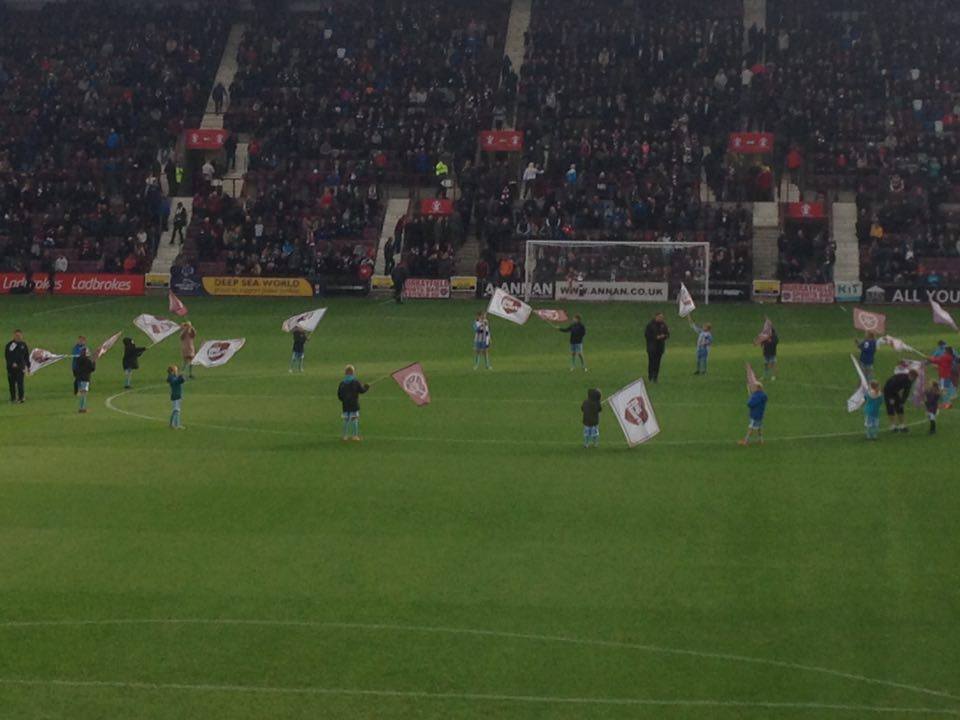 It’s with great pride that we can now look back on the weekend and say that it was a fantastic experience for both the children, the coaches, the families and friends. The contribution that the Coll Association made to the trip financially cannot be understated and Coll Sharks FC would like to extend their most grateful thanks for the generous support. It was also fantastic to see members of the association present on the day.

The trip started on the Friday with the long journey down from Coll to Edinburgh via the ferry and then minibus from Edinburgh. Friday night’s entertainment was a trip to Fountain Park for ten-pin bowling and dinner which everyone thoroughly enjoyed. By happy coincidence, who happened to be playing on the lane next to us but none-other than Hearts star striker, Juanma Delgado. After a few quick snaps it was back to the hostel for a good sleep before the main event.

On the day of the match we took a little walking tour of Edinburgh in the morning, taking in the Old Town, Castle Esplanade and the Royal Mile before letting the kids loose in the Museum of Childhood. Of course, what everyone was really looking forward to was getting to Tynecastle Park and it wasn’t long before we were all together, eagerly awaiting the start of our visit.

Before we headed into the stadium we had a training session organised with Hearts’ youth coaches. This proved to be a brilliant experience for all as the kids were really put through their paces with a series of exercises and skills to work on. Most of the families were there to watch and it was great to see how the Coll kids rose to the challenge and gave it their all.

Then it was on to the main event and we all headed into the stadium to take our seats for the match. And what great seats they were too, right behind the goal in the Roseburn Stand with the sun beating down and a great atmosphere in the stadium. We all got the perfect view as Calum Paterson rifled in a shot to give Hearts the lead, literally a few feet in front of us!

As half-time approached, the kids and the coaches made their way into the main stand to prepare for the Half-Time Heroes event. As the referee drew the first half to a close this was the cue for us all to make our way out onto the hallowed turf and for the children to show their skills in front of a mere 17,000 people! This they did with great fun and enthusiasm, so much so that they rounded it off with a lap of honour and a standing ovation from many of the spectators. It’s fair to say that everyone was absolutely buzzing afterwards as we took our seats back in the stand!

The match ended in a 2-0 victory for Hearts and so we made our way back to Oban with everyone in great spirits and loads to talk about. Stopping en-route for the obligatory fish supper, many a song was song in the minibus on the way up the road and the kids provided a number of comedy moments which made it a memorable journey.

Of course, after an overnight in Oban, everything had gone completely to plan and so all that was left to do was have an aborted sailing back to Coll and a couple of days stranded in Oban!! You can’t have it all!

Thanks again to everyone at the Coll Association for their support.

George and Richie, on behalf of Coll Sharks FC.