Once again the weather was very kind to us when we met at Lochmaben Golf Club on 5th September for the 2015 Coll v Tiree Golf Match. 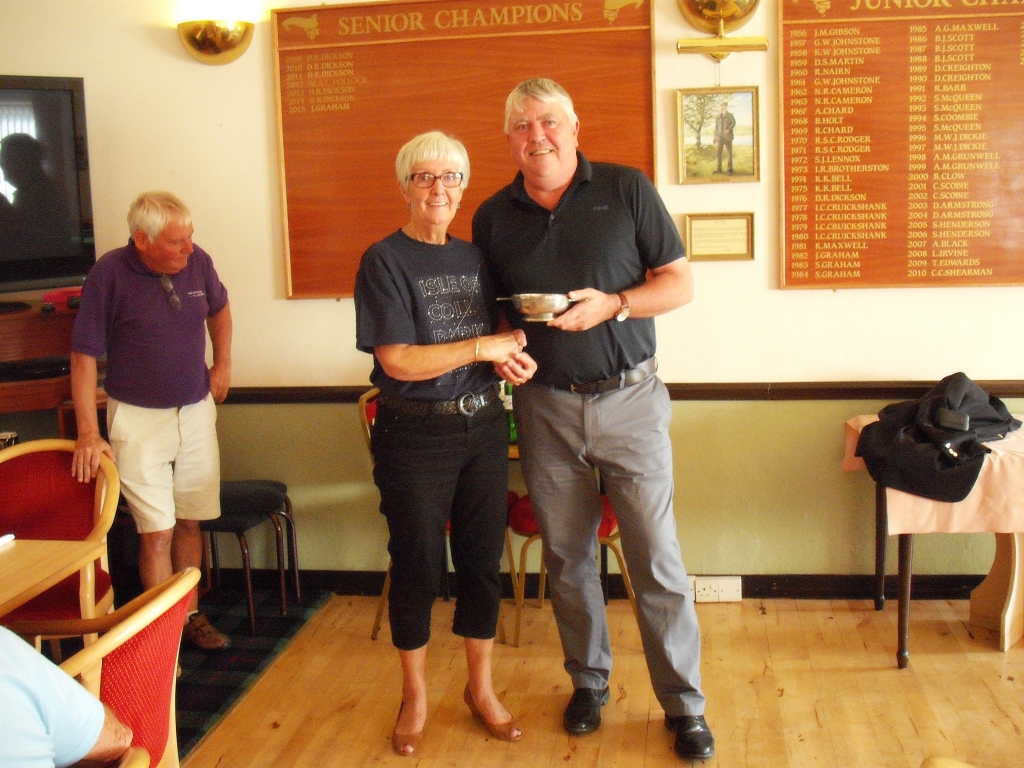 On Saturday 5th September 2015, the annual Coll v Tiree Golf Match took place at Lochmaben Golf Club. We send our thanks to David Allan and Roy Thorburn Senior for organising the event, Niall Macleod for organising players for the Tiree team, David Moore for compiling the final score sheet and Margaret Thorburn for presenting the prizes.  If you are interested in playing in the next golf match, please get in touch! Thanks to David Allan for the following match report and photos.

Unfortunately due to various social events both in Lochmaben and on the Islands on the same weekend, our numbers were somewhat depleted. However, we still had an excellent day! Tiree had only 5 players and Coll, with the help of a few local friends of Roy Thorburn Snr managed to put together 9 participants. This meant that by local man, Billy Wells, playing for the Tiree team we were able to field 2x4balls and 2x3balls with both Coll and Tiree represented in all matches.

In the end we added the 6 top Stapleford Scores from each team to arrive at the two team scores and Tiree won by 8 points thanks to Billy Neil who scored 35 points! Mr Alistair Water of the Tiree team accepted the Oban Times Cup and the Coll-Tiree  plaque from Mrs Margaret Thorburn.

The overall winner with a score of 38 points was Austin Black of the Coll team. Austin was presented with the David and Sadie Moore Quaich by Mrs Margaret Thorburn.

We hope to have the 2016 Coll v Tiree match at Lochmaben Golf Club on Saturday 3rd September 2016 and would be pleased to hear from anyone interested in playing in the event.